Another Minnesota State Boys’ HS Hockey tournament is in the books, and as usual, it was a doozy. Congrats to repeat Class A Champs East Grand Forks, and to first-time Class AA Champs and undefeated Lakeville North. What an amazing run! As always, I really enjoyed watching, and as it turns out, doing so from garages and hotel rooms in between Iron Range pond hockey photo shoots ain’t a half bad way to take in the world’s greatest sporting event.* 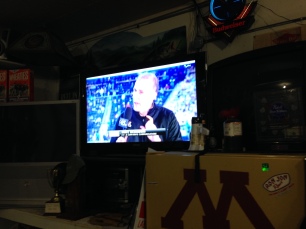 A quick thanks to all who followed Newspeak Review and the #BenchPolyMet hashtag during this year’s tournament. PolyMet’s ads were just as gross and prevalent as ever — with an extra bonus this year of an “interview” by Tom Hauser of PolyMet VP Bruce Richardson in between periods of Friday’s Edina vs Duluth East thriller. Money talks, eh?

Some pretty cynical stuff, if you ask me, but the counter-narrative is alive. I appreciate all those who found their own way to say “NO” to PolyMet’s exploitative deluge during this year’s otherwise fantastic tournament. Let’s hope suffering through something similar next year becomes unnecessary for all the right reasons.

Last word goes out to John Doberstein of Duluth, with perhaps my favorite social media share of the weekend:

* For those with any doubt about the greatness of this tournament, check out this year’s “All Hockey Hair team”: