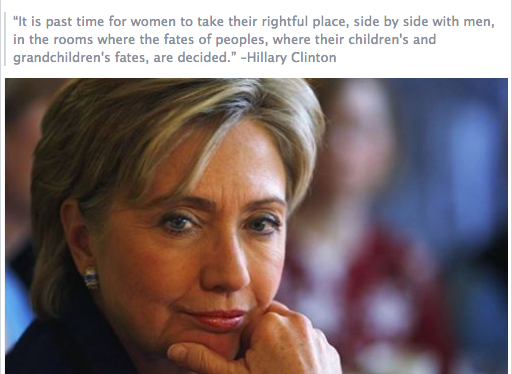 My take: Hillary’s strategy so far is (1) allying herself with Wall Street money, and (2) emphasizing the clear truth that it’s time for a helluva lot more women in DC. That may work for her, we’ll see. However, even just on the possibility of Hillary running there are already a lot of conflicted people who want the latter, without ceding to the former, creating divides among otherwise allies. Which causes me to question just whose, exactly, interests her running would really serve. Anyway, you know my position. Give me Warren/Sanders (or Stein/Flowers, etc).